Irony In The Desert

You are here: Home / RV Blog / Travels / Irony In The Desert

While reviewing some of the pictures of our performance in Quartzite I was struck by an overwhelming feeling. I’m following in my grandfather’s footsteps, just in a more modern way! Details are sketchy as most of what I know about their life came from stories I heard my father tell when I was a small child.  My grandfather, George Clark, was born in Gloucester, Massachusetts in 1870.  He and his brothers formed a group called “The Labar Brothers” and supposedly there is a statue there honoring them for being the first to take outdoor motion pictures from coast to coast.   If anyone has any info on that I would love to find out more.  Hopefully our RV travels will take us there one day for more research.

George later married Julia and was determined to set out on his own.  He traveled the US and Canada in the early 1900’s as a vaudeville act billed as “Clarks Players”.  My father, Paul, was born in 1910 while they were on tour in Canada.  His delivery came so fast he was born on a makeshift table consisting of a bill board sign on top of saw horses.

George and Julia traveled with a strong man and a knife throwing husband and wife team.   George had a unique gift of being a contortionist and is shown here bent over backwards in a snake suit.  He also played the banjo and walked a tight rope during shows.  There were remnants of a monkey suit he would wear during his performances I found in his wooden travel trunk.  Julia played the piano and was deemed “The Beautiful Singing Sufferette”, according to a sticker I found on the side of the wooden trunk she packed her gear in. 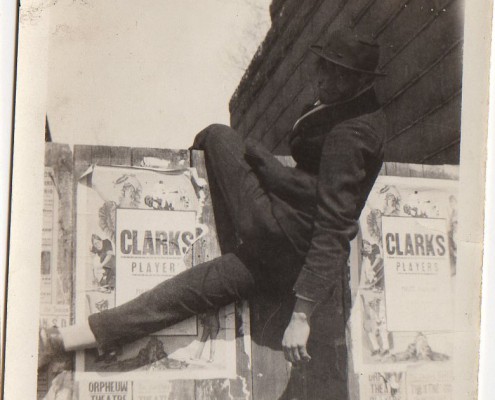 George in his snake suit 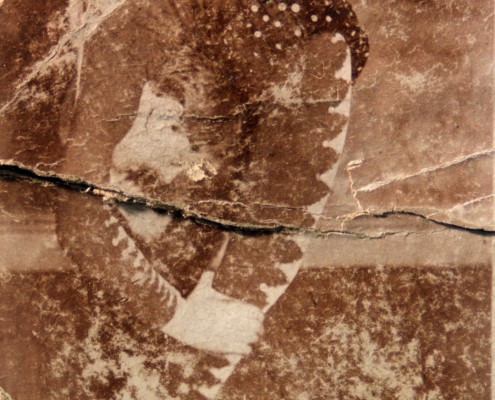 My father recalled when he was 10 years old his leg had been injured while riding on the back of a motorcycle.  Bandaged and bruised Grandpa set him on the bar of a local tavern with a tip hat. Grandpa then got on top of the bar and performed sleight of hand magic tricks, played a tune or two on his banjo and showcased his contortionist skills.  As a marketing ploy he would announce where their tent was setup and invite people for show times.  Dad said the tip hat filled with donations. 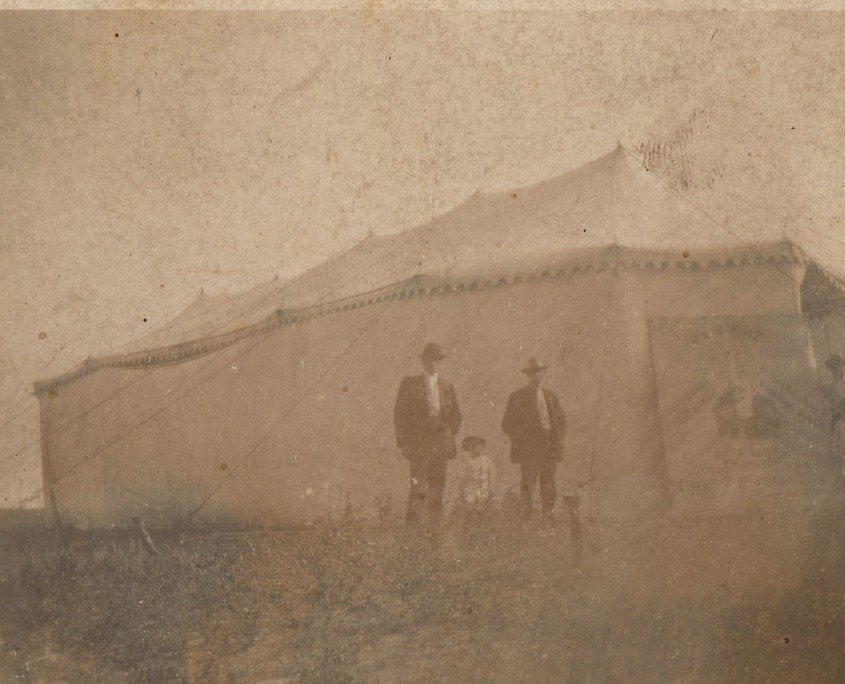 Tragedy struck the show troupe in a series of freak misfortunes.  Grandpa George had a dispute with an opera house owner over 4 dollars.  He hit the owner with his banjo and pierced his skull with a tuning peg which ultimately killed him.  George’s brother was a lawyer and was able to get him off with self-defense.

The knife throwing team came to an end when the thrower’s wife was strapped to a spinning wheel while her husband threw knives at her.  During a live performance, which was proceeded with too much alcohol, a misguided knife went into her mouth and pinned her to the wheel killing her instantly.  The strong man would offer his services in front of the stage after performances for 2 bits, which was a quarter in those days, to bend any horseshoe in complete loop with his bare hands.  He died from a blown blood vessel while carrying a piano on his back up a flight of stairs in an opera house.

Unable to regroup the show troupe George retired from vaudeville and traveled showing silent films instead.  Julia would play the piano during the films.  My father said he would often be given the task of cranking the projector and was instructed to speed the films up during the chase or fight scenes and slow them down for the love scenes.

Finding the road too much for them he started a string of hotels, 4 in total, in the Midwest.  Fires caused by the oil fired lamps ended that enterprise.  He is shown here inside a café he started in Egan, South Dakota, which is my home town.  The picture shows his wife Julia, daughters Dorothy and Doris.  The man sitting at the counter is unknown. 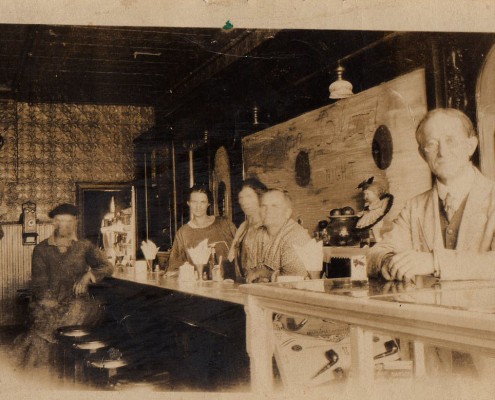 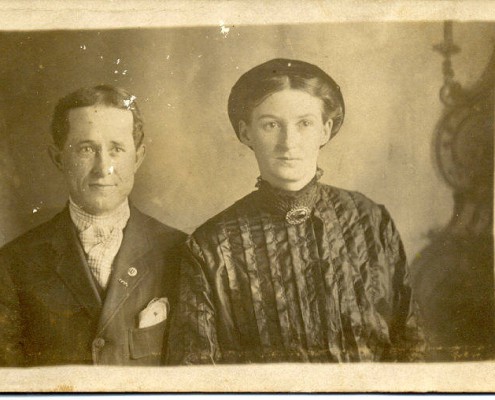 When we sold our house in August 2015 the last items we loaded up were the travelling trunks. Many of the stickers have come off and are unreadable, still inside were some wigs and pieces of the suits my grandpa used to wear.

As you can see in some crazy way I’m going the way of my grandfather. Although today it’s much easier to travel cross country, no giant tent to setup, haven’t killed anyone with my banjo and there’s no way in hell Tanya would let me throw knives at her!!!! On a footnote, we won’t be retiring to open a cafe in Egan as I believe we’ve done that once already.

What’s left of the stickers 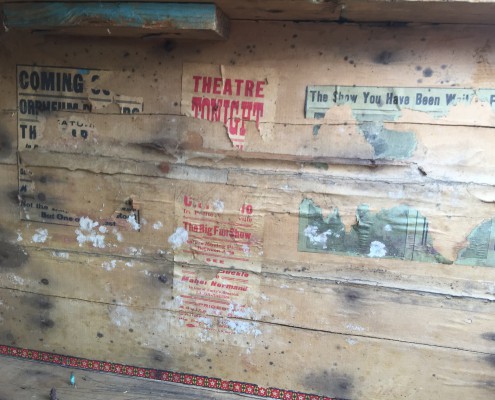 One of the remaining wigs 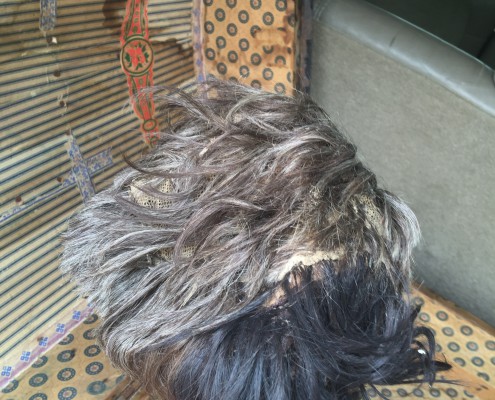