Around The Yuma, AZ Area

You are here: Home / RV Blog / Travels / Around The Yuma, AZ Area

Through an introduction by Chris & Cherie of Technomadia on Facebook we were contacted by Michael Hargis, once a touring musician himself. Now he and his lovely wife Christi are the managers at Sans End RV Park in Winterhaven, CA. We were asked to play for their Leap Year Party and we were more than happy to oblige. The plan was to stay for one week, however if you’ve read some of earlier posts plans change and once again we had to be flexible.

We arrived a few days ahead so we could settle in, rehearse a bit and check out the area. Winterhaven, CA is a super tiny town right next to Yuma, Arizona and even runs on Arizona time. We had a one hour show to do which ended up being more like a two hour show, but it went great! Everyone enjoyed themselves and jumping ahead a bit, we’ve officially booked for next season, Jan 7th, 2017. 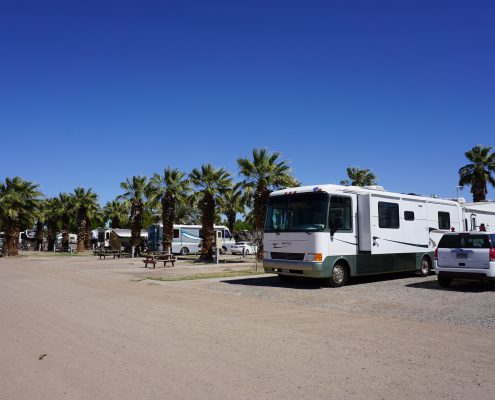 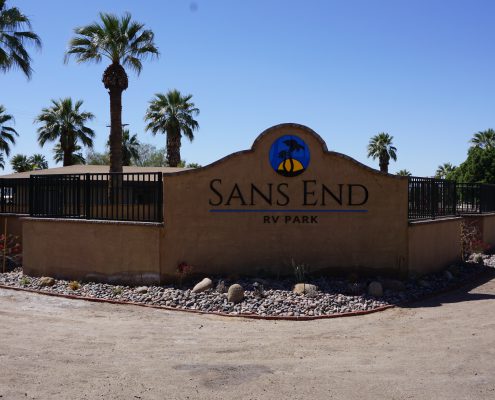 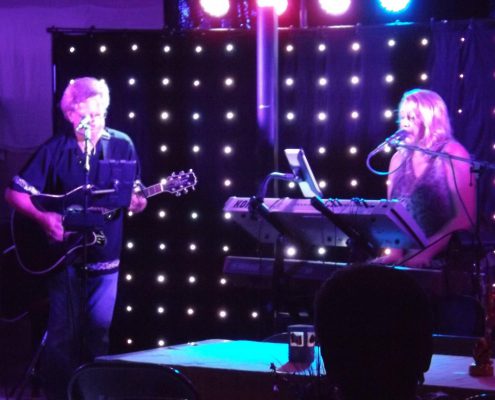 Sitting on a bluff overlooking the Colorado River, three miles west of the confluence of the Colorado and the historic Gila River, stand the ruins of Arizona’s famous Territorial Prison, and a short distance west are the remaining buildings that served as a part of the Yuma Quartermaster’s Depot. Fernando de Alarcon, who accompanied Coronado on his search for the Seven Cities of Cibola, passed this site in 1540. Padre Kino saw the present location of the Prison and the Quartermaster’s Depot in 1683, and Padre Graces established a mission directly across the river and was later killed there by the Indians in 1781.

Yuma began to experience the American westward surge when countless immigrants crossed by ferry from Yuma on their way to the California gold fields in 1849. In 1850, a military post was established at Yuma, and when rich placer gold strikes on the Colorado River precipitated a gold rush in 1858, Yuma experienced a boom. In 1871 Yuma incorporated and became the county seat of Yuma County.

The Territorial Prison was authorized by the Legislature in 1875 and $25,000 was budgeted for the project. Ground was broken on April 28, 1876, and some of the prisoners were pressed into service to build their cells. The first seven inmates moved into the facility on July 1, 1876. The Prison held a variety of law violators, including the legendary stagecoach robber Pearl Hart. The Prison continued in operation for 33 years when, due to overcrowding, all inmates were moved to a new facility in Florence, Arizona.

Of the 112 prisoners who died while at the Yuma Territorial Prison, very few died violently:

Homicide by Another Prisoner   2

Nearly 50% died of tuberculosis, and another 33% died of natural causes. Given the hard lives these convicts lived, and the many who were transferred here with tuberculosis, it is a tribute to Prison medical care that so few of the 3,000+ prisoners died while in custody. 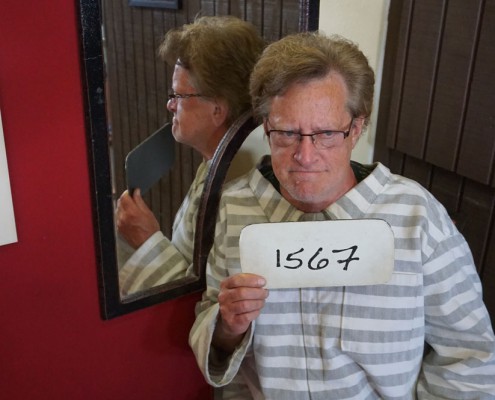 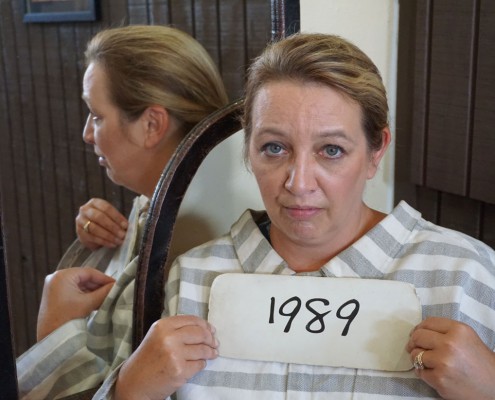 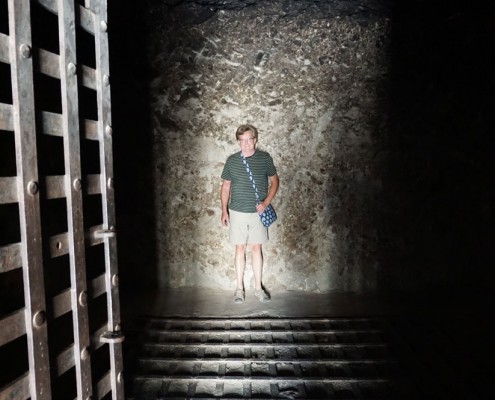 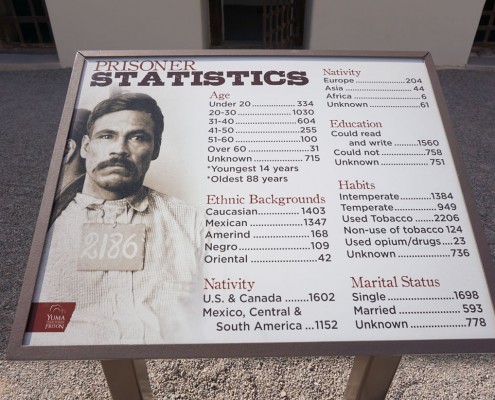 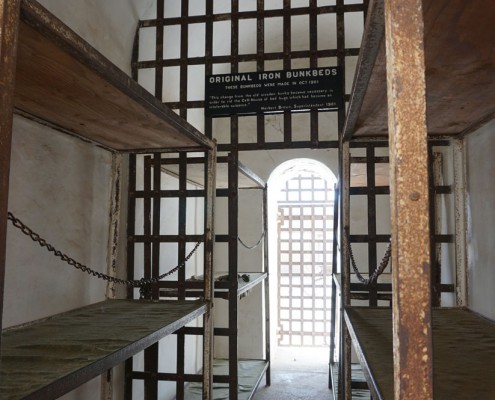 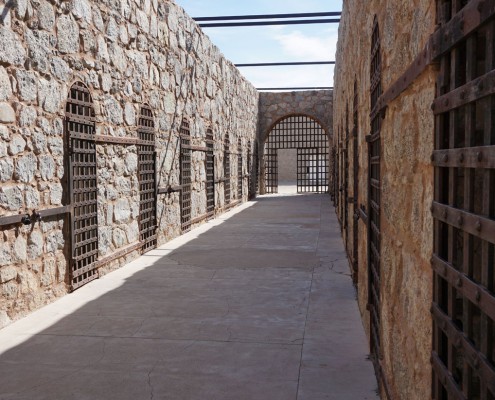 Quite some time ago I (Tanya) had broken off part of a back top tooth. It was really starting to bother me and since we were in the neighborhood we decided to venture over the border for some dental care. Needless to say we didn’t do this without some homework first and if you choose to go to Mexico for dental care I highly advise you research it first. We actually booked the appointment through Dayo Dental which was recommended by fellow RVer’s, RVLove. They wrote a great post about it on their blog.

When you arrive it’s very easy to park in the lot and walk across. There is no checking of anything crossing into Mexico, nobody checks your passport or ID. The first thing you see is the big purple pharmacy and the street is lined with hawkers trying to lure you in for eyeglasses and dental work. We had a set appointment with Dr. Franco at the Rubio Dental Group. It’s a modern building and everything was spotless and super clean.

After an initial examination Dr. Franco determined I would need a root canal and to walk with him across the street. I’m kind of freaking out at this point while he’s walking me out the door as I waved goodbye to Rod in the waiting room. He asked where we’re going and I replied, “no idea I guess we’re walking across the street”.  Evidently, the specialist that does the root canals is in a separate building.  I received another examination and a root canal would be needed and they could do it right away, no separate appointment necessary. Feeling anxious about it we went and had a beer at a little joint next door and discussed it before agreeing to go ahead with it. We decided to go ahead and have the procedure done. One thing that really assured us was meeting Penny from Palm Springs in the waiting room. She and her husband have been coming here for over 10 years. In fact he was having several root canals and crowns done.

Everything went great and I literally had no pain!! No pain pills needed. I opted to have a cubic zirconium crown instead of porcelain as its laser cut and could be ready quicker.  A few days later I went back and Dr. Franco did my permanent crown and a cleaning. Rod also had a deep cleaning done. The final bill was half of what it would have cost in the US. I have one more that I need done and I won’t hesitate to go back. 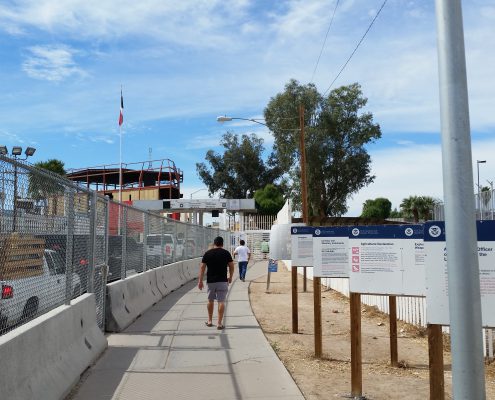 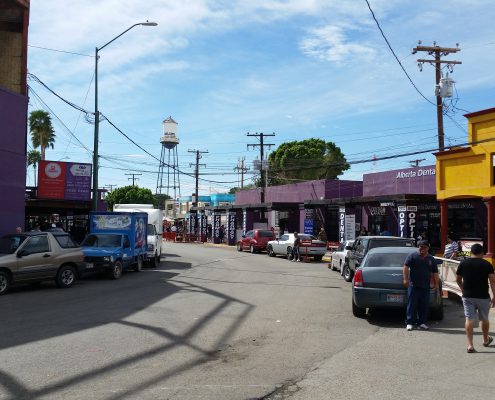 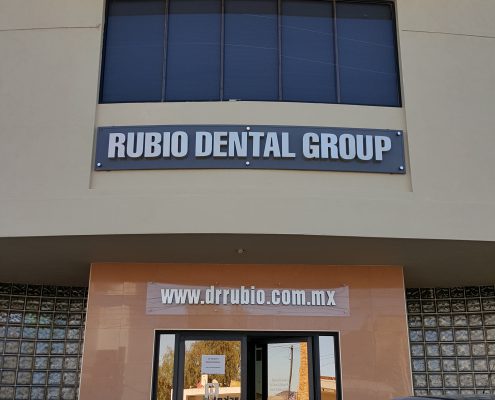 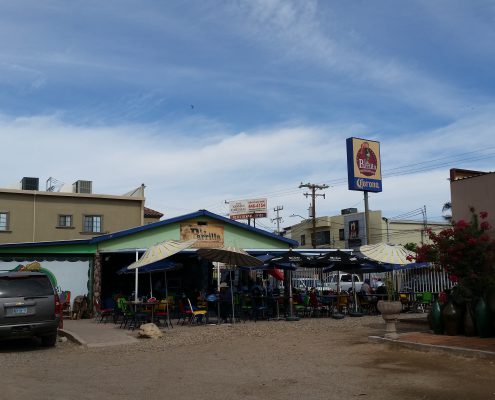 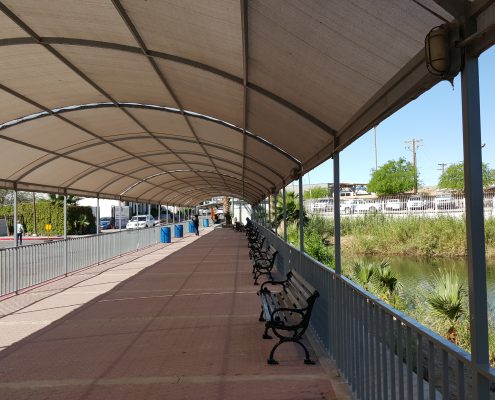 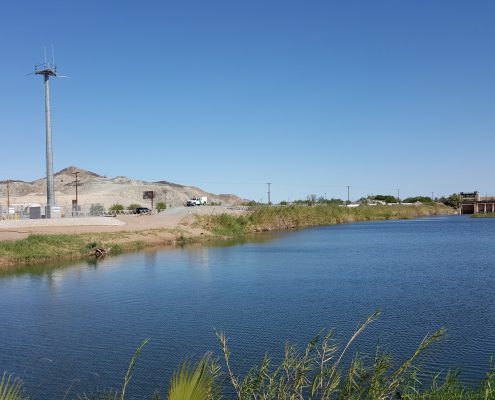 Back to being at work on site in California then up the coast!

The Good, Bad and Bumpy
Scroll to top